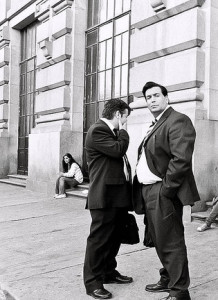 My sister-in-law-to-be is 16 and has a vocabulary full of modern slang I don’t get. She says “thirsty”, as in, “Look at that kid whining for his toy; he’s thirsty,” which I understood to mean “he has a strong desire.” Now I think it means more than that.

I was telling her about an experience of asking to share a stranger’s umbrella, and in her concern for my physical safety, she said, “What if they were thirsty?” It wasn’t a question about a glass of water or a vampire’s snack. It made me think that her “thirsty” was one where a person is dangerous in their thirst, blind to others’ concerns, and willing to put their pursuit above anyone else’s. For a generation that came to consciousness in the shadow of the recession, how could there not be a word for this menace?