While working the Spanish side of duolingo, I found comments from a couple users who have somehow become sold on the misconception that translation is just a matter of word-for-word replacement: 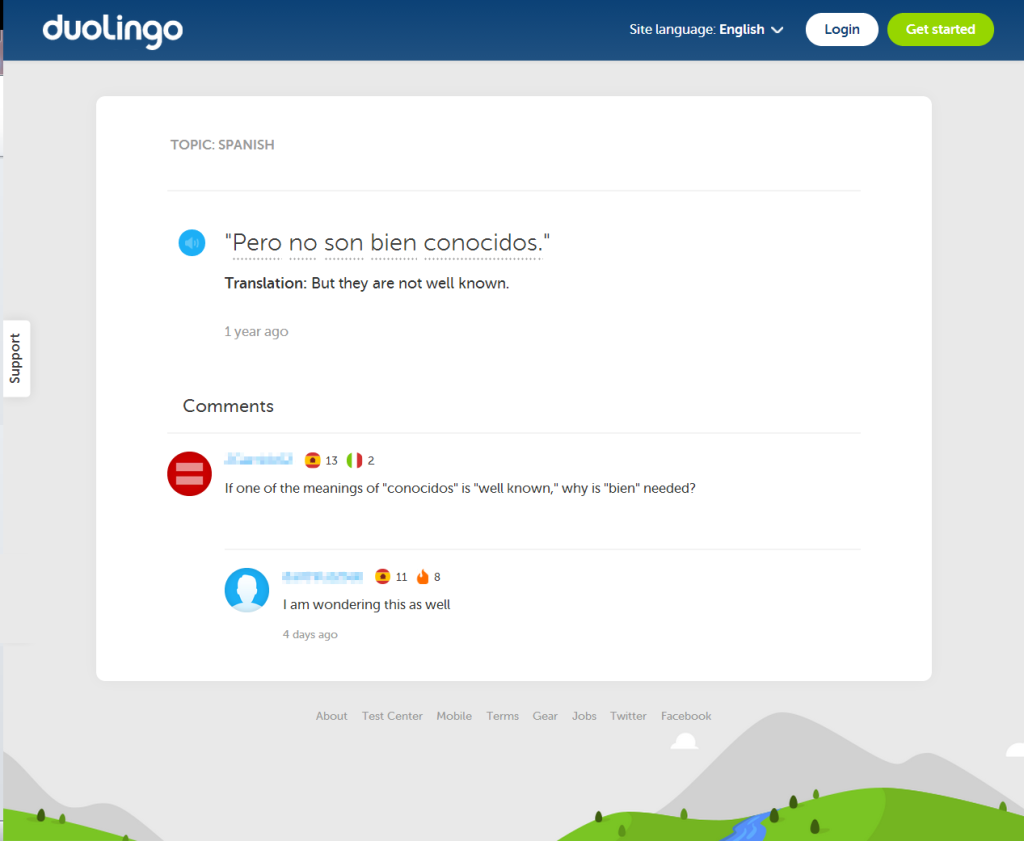 If you limit your entire language learning endeavors to a single digital source, you might also come to believe a more insidious idea: that languages can be divorced from their native speakers. You might try to learn the mother tongue of a people-group without mingling with them – which is not only an ignorant and arrogant viewpoint, but it simply won’t lead to strong language skills. Translating between languages deserves to be approached with humility – it’s not some rote memorization to power through – because foreign words are not simply a code on top of meanings the student already knows from their own culture. Language learning is not a common hobby precisely because you have to leave your comfort zone to practice it. Learning from another culture suggests that the world you know is not enough – but in that is the very definition of broadening your horizons.

Clearly, language education needs innovation, so that classroom students take it seriously (displacing the attitude of “…don’t know much about the French I took”) as well as inviting graduates to continue studying and engaging foreign language materials. But the way those tools are designed sends a message, as does the way end-users engage the tools after they leave the drawing board. In my book, the prize goes to WordReference forums, a seeming “attachment” to a dictionary service. Magic happens when language learners and native speakers engage in active discussion of shades of meaning in a forum setting. My favorite thread started with a question about how to say “I love you” in Spanish – got 59 replies.