I’ve been studying Arabic for six years, and while it’s a slow process, there are plenty of reasons to scale this mountain. The following four footholds will steady you along the way. 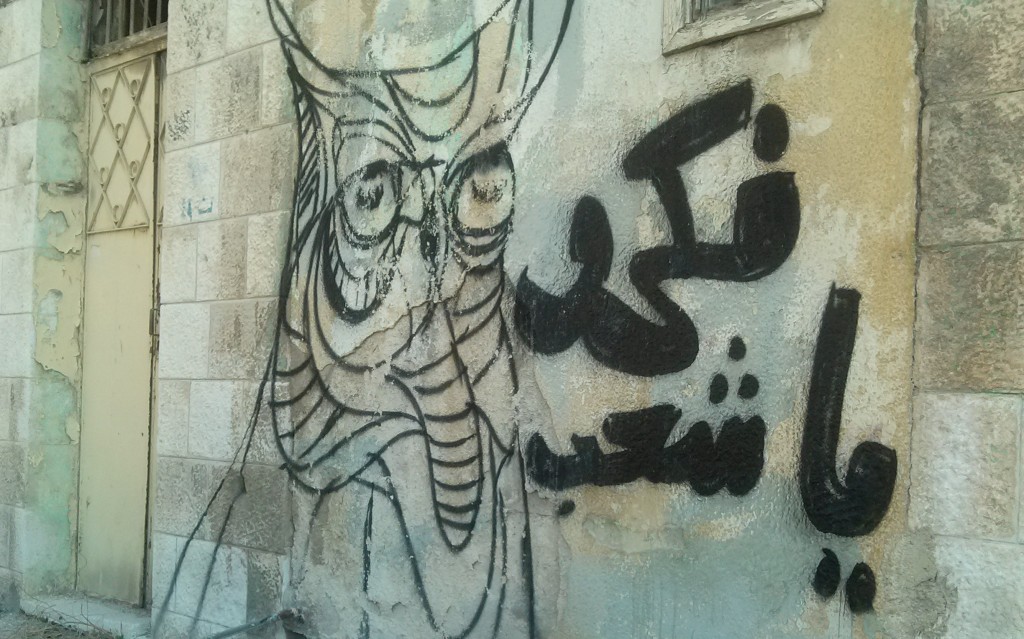 It’s going to be hard to order that delicious Yemeni dish next time if you can’t remember what it’s called (not really, just point at the picture). Photo by Laura Cathey. CC BY-SA 2.0

I hope these points have made Arabic seem a little less impossible to you. You probably already know the benefits of learning Arabic: accessing hospitable and affectionate cultures, heartbreaking music and poetry, soulful religious teachings, corny slapstick movies, a cuisine full of delicious herbs and spices (even in their sweets, drinks, and tobacco), and a depth of politics you’ll never exhaust. Arabs seem to love their language as enthusiastically as Arabic 101 students still in the “it’s so pretty” honeymoon stage – they decorate with calligraphy and they cannot get enough of puns and word play. Yes, it will take you years to achieve in Arabic what took you months in Spanish, but remember these four aspects of the language that will help you along rather than trip you up.