What a productive opportunity to create! During the past six months, I’ve been looking for local work that applies to my Arabic skills. Concurrently, I’ve been making things on a number of fronts. 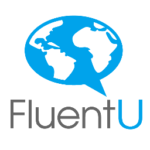 I’m excited to be writing for FluentU, an online service that uses video captions to teach languages. I’m looking forward to incorporating their tool into my routine as soon as the Arabic content is live to subscribers. In the meanwhile, I write blog posts for them to attract search engine attention to this new tool, situating it in the world of Arabic learning resources.

Writing for my own Tumblr blog has been vehicle to express the best challenger to Islamophobia: hope. Hope often gets lost in the shuffle. Acts of bigotry are easy to discover – there’s even an academic journal of Islamophobia. Less attention is paid to the defiant creativity of Muslims and allies as they express the humanity of the victims of Islamophobia. There are so many people doing exactly that and with great energy! I compiled some of the most inspiring examples into two posts, oriented around finding role models that the reader can identify with and emulate: The Debater and The Organizer (many more to come!).

I also looked into whether Rumi, a household name more so than perhaps any other Muslim, is a successful ambassador for Islam, and – informed by some of my reading – I wrote a lineup of Muslims portrayed in mass media and the impact they are likely to have on public perceptions.

This spring, I volunteered around 50 hours at the World Affairs Council of Pittsburgh, offering my communications skills to freshen up their brochures and to compile concepts in PowerPoint for redesigning their event flyer and annual report templates. 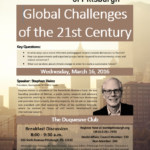 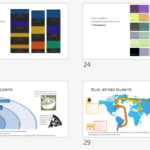 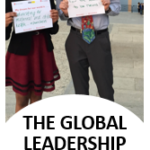 In Jordan last fall, as an Arabic student, I had to process and memorize a lot of information, almost exclusively in written formats. I have since been intrigued by students on Tumblr posting visual learning materials under the #studyblr tag. While reading a parallel-text abridged copy of Dracula in Arabic and English, I played around with drawing out purely written material into memorable visual representations.

I tried my hand at the Bullet Jornal system to practice Arabic vocab for daily tasks, and I did a little collaging. 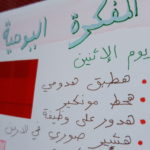 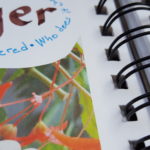 Working across media lets me cover a lot of ground. 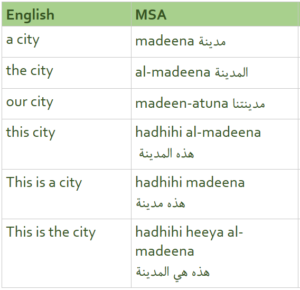 Charts add a very minor visual element to long lists of text, but I find them effective when I’m overwhelmed by a body of information or when I need to lay out an idea with the logical progression that makes the most sense to me. 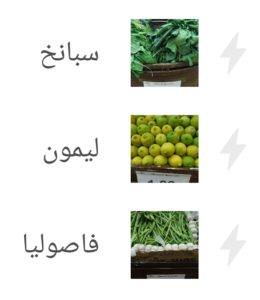 As a practical photography project, I turned a visit to a produce store in Jordan into a flashcard set for Levantine Arabic terms for fruits and vegetables on Memrise.com. 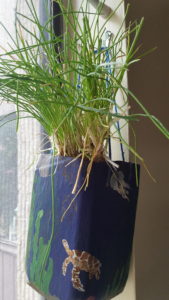 Acrylic paints spruced up this plain planter for chives in the kitchen.

Thanks to those who helped me pick out a microphone – I went with one that’s supposed to be good for podcasting. To try it out, I recorded the birds that sing in our alley, a broom sweeping across a wooden floor, and Chris’ routine for making cold brew coffee. I think the sounds of home are so interesting – both complex and comforting at the same time. I posted them on Freesound so they’re available and easily searchable by folks looking for open source sound effects.

I’m also tiptoeing into interviewing folks about small (and big) ways they make a difference in the world. I had the supreme honor of interviewing Tandiwe Ngwenya, Programme Manager for Nonviolent Peaceforce in South Sudan. I met Tandi because she’s one of the 25 Mandela Washington Fellows receiving training in Pittsburgh. I’m in the process of editing her soft-spoken experience and wisdom to share with you.

My professional life doesn’t seem to be taking me in a direction that calls for horticultural skills, but I have certainly been growing things (mainly from seed) and tasting the sweet (and bitter…) fruits of my labors.

Almost everything on the balcony grows in “self-watering” (aka sub-irrigated, aka reservoir) planters, made out of recycling. The herbs, tropicals, and succulents are thriving, but I’m happiest about the edibles: rail planter beets and strawberries, hanging peas. 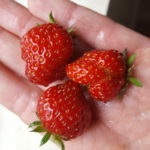 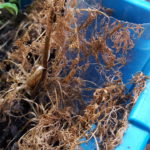 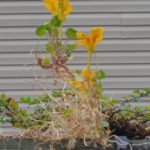 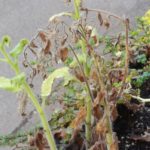 Pattipan squashes and ginger are on track to harvest in the fall.

I would be remiss not to include my powerlifting stats in a list of things I’ve built. My glamor poses don’t look much different from January, but the proof is in the lifts.

My injuries prevent me from deadlifting, so I can’t give that figure. However, the injuries that hold me back the most are the ones I got from slouching in a cubicle, so I’m just glad to be in the gym.

Pittsburgh provides great networking opportunities that I’ve been able to attend through Meetup.com, Global Pittsburgh, the World Affairs Council, and the Center for Women. One thing I’m still hoping to make are more connections. If you’re interested in partnering with me, especially to develop any of the areas listed above, I’d love to hear from you.